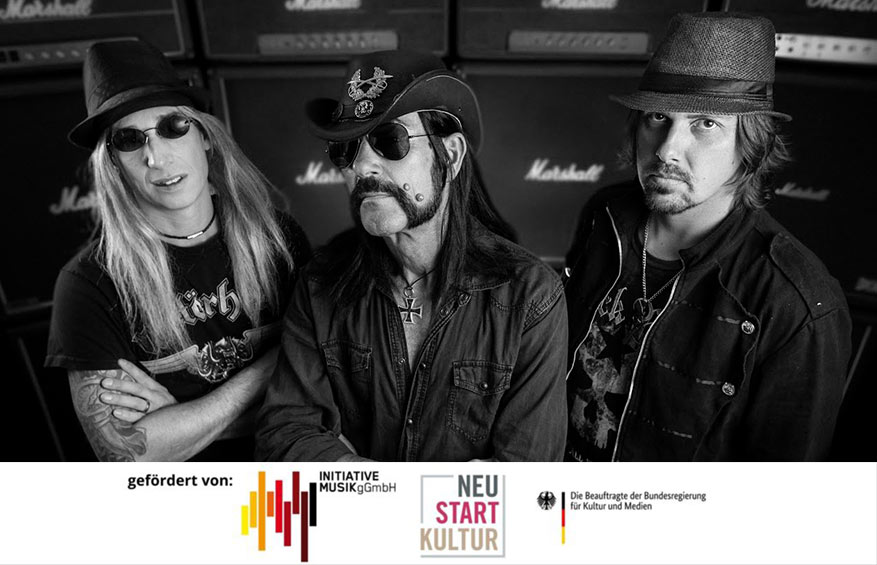 Motörblast is concentrated Motörhead Power since 2006 !
Motörblast is not only another coverband, they celebrate the music and show of Lemmy and his boys – in memory of the Motörhead frontman – in every detail!
Dr. Ape, our German “Lemmy”, plays the same legendary bass sound !!With his innate wart he looks like Lemmy’s twin.

CAUTION the likelihood of confusion is very high !!!

The frontman has already been booked as a double at the Wacken Festival, where he presented the wine and beer assortment to the festive fans.
The guys’ setlist reads like a Greatest Hits Show and includes songs from the early Motörhead era (bombers), as well as the last rockers of the infernal trio.
Meanwhile Motörblast has become an institution in the matter of tributes to Motörhead..
Supported were internationally successful acts like JBO, Pro Pain, Motorjesus, Regner, Zakk Wylde and many more.Well-known clubs such as the Colos Saal in Aschaffenburg, Z7 in Pratteln (Switzerland) and the Graspop Festival (Belgium) were also on the program.
MOTÖRBLAST is concentrated motorhead power at the highest level, an x.tra class rock show…..