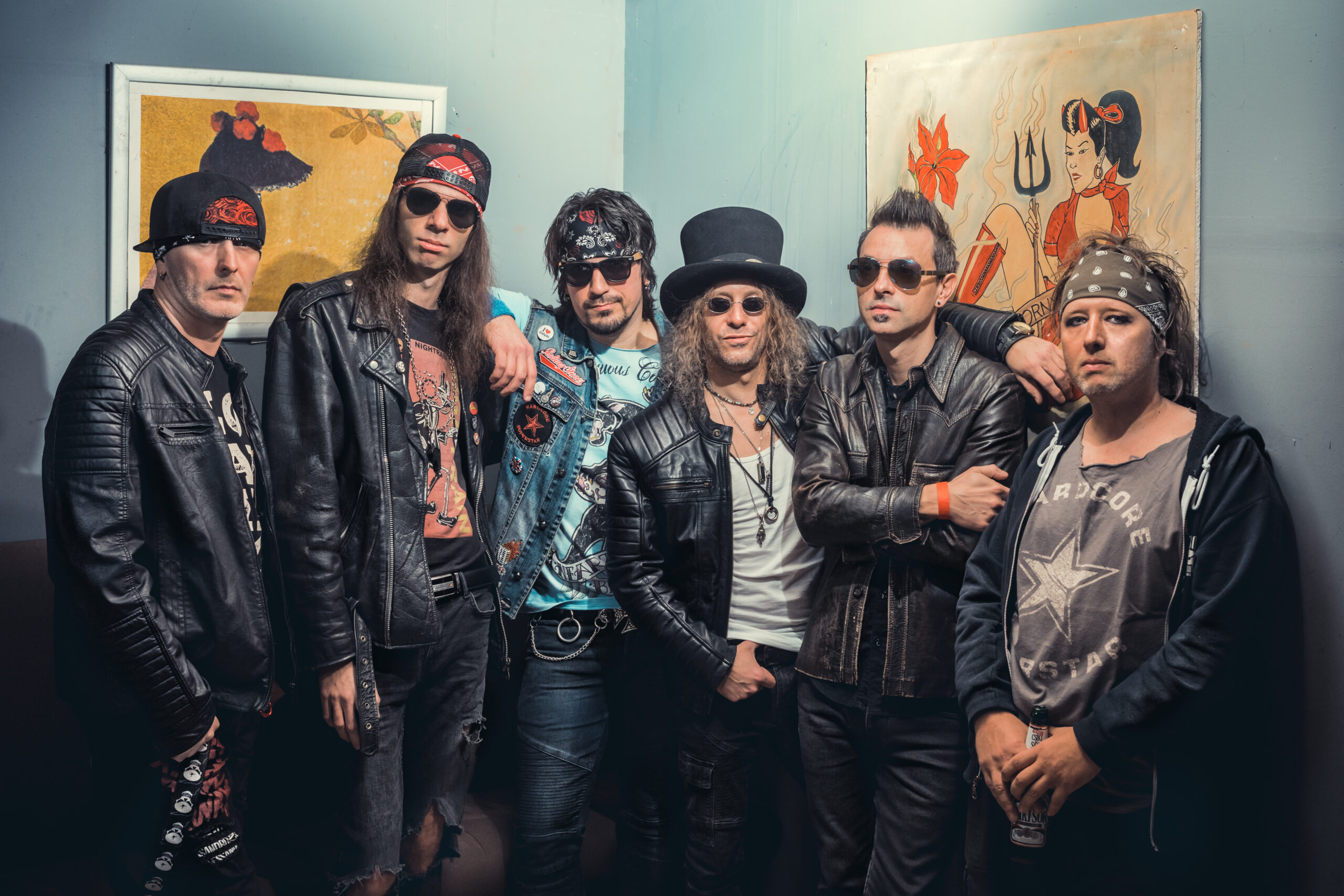 DUST N’ BONES was formed in March, 2004. with the mission to play the songs of the most dangerous band of rock n’ roll history – GUNS N’ ROSES – as faithfully as possible.
The band plays material from the most successful era of GN’R from the beginning (1986) to the last gig of the classic lineup (1993).

During their live shows creating the accurate sound of GN’R, as well as the real Guns N’ Roses experience, is more important than simply copying the look of the original members. During their career they have performed shows in more than 13 different countries, played at some of the biggest festivals (eg. SZIGET FESTIVAL/BUDAPEST and DONAUINSEL FESTIVAL/VIENNA) and performed in major clubs all over Europe, such as PLANET MUSIC/VIENNA (A), LIVE CLUB/MILANO (I), SIN CITY/ATHENS (GR) or BARBA NEGRA MUSIC CLUB/BUDAPEST (H).

In 2013. their former member, lead singer Torkos, moved to England and left the band. They had to continue with a new singer. The new frontman, Sidd, came to the band and since then DN’B has been hitting the clubs and festivals all over in Europe stronger than ever!